When on April 1, 1991, Easter Sunday, two unidentified persons under cover of darkness and a colony of arbours in front of the house in Düsseldorf waited until the chief, Detlev Karsten Rohwedder, of the Treuhand went to his desk, it seemed to be the perfect RAF assassination.

Rohwedder was not only one of the most hated West Germans at the time but also one of the people in absolute danger. This circumstance was clear to the BKA (Federal Police) and Rohwedder himself. Rohwedder's wife had sensed something when, days before, she had alerted the police in Düsseldorf to a possible escalation.

It was probably that the Treuhand boss' habits had been spied out before the perpetrators committed the crime. His wife was injured in the assassination attempt. The Treuhand boss died at the scene of the crime.

An immediate search for the assassins yielded nothing. The phantoms of the night had escaped. Already hours after the death of Rohwedder, it was clear in investigative circles that it was perpetrators of the Red Army Fraction. A letter of confession that was completely bizarre even for the RAF was found not far from the crime scene.

Excerpts from the letter of the alleged command Ulrich Wessel: "THOSE WHO DO NOT FIGHT WILL DIE IN GUESSING. FREEDOM IS ONLY POSSIBLE IN THE FIGHT FOR LIBERATION. on April 1, 1991, we shot and killed the head of the berliner treuhandanstalt detlev karsten rohwedder with the KOMMANDO ULRICH WESSEL... rohwedder had held key political and economic positions for 20 years."

Someone had excellently falsified it but had not understood the historical context of the RAF's declaration. At the time of the Stasi-RAF connection, it had not been challenging to learn the background and the characteristics of the letters of confession. The hair of Wolfgang Grams on the towel that was spread out over the garden chair when the perpetrators fired could also have been caught during one of the Grams' visits to the GDR. The cigarette butts left behind did not lead to the target, only to blood group A.

Only one thing became evident quickly, but was hushed up: None of the RAF terrorists was able to shoot at that distance, 63 metres. The escape route, the police also confirmed, ran through the neighbouring colony of arcades. It must not be forgotten that there were no snipers in the RAF who were able to shoot through bushes, upwards, through a window at night, then escape the security forces, dives through the Rhine and then disappear undetected on the other side of the river. That sounded and still sounds too absurd. The story of the murder of Rohwedder and Herrhausen began years earlier, when employees from politics and business, the Stasi and state reserves realised that the GDR was a socialist phase-out model. The most obscure figures of the GDR, HVA, full-time agents and saboteurs of State Security, who later advised just VEB Kombinat Robotron, were still involved. The trail of the old new roped parties, which Rohwedder had also identified, led to Thuringia and the Vogtland.

Sly profit and the golden handshake

Millions were moved from the GDR to the West into accounts. This shifting began already in 1987, according to contemporary witnesses. Arms of the NVA and the Soviet West troops were still being moved even after the collapse of the Honecker regime. Rohwedder knew about all these cronies of the collapsed Stasi apparatus.

Was there a connection between former Stasi people who saw themselves as hosts to RAF dropouts and the 3rd generation of the RAF?

Or was the 3rd generation of the RAF only a facade for activities of the MfS-Stasi?

Was the cooperation between the Stasi and the RAF revived again when the GDR and the RAF were already dead or were the hair found on a towel of the terrorist who later, in 1993, died by suicide in Bad Kleinen, placed there?

It seems so. The Stasi was finished on October 3 1990. Insignificant parts remained in their loose structure. The octopus was smashed to pieces, although guys like Werner Großmann refused to believe it. The Stasi knew this years before.

Everything revolved in these days of the wild turnaround against Rohwedder and around the VEB Robotron, around the countless businesses that were simply too dilapidated for any economic process to have been able to continue at all.

Rohwedder had offered the companies that still had to be restructured to foreign investors. Countless assets of former Stasi companies were hidden in businesses or real estate holdings that the system's operators wanted to sell off as soon as an opportunity arose. Robotron was a sinister representative of the GDR. Already in GDR times, innumerable companies in the West circumvented the CoCom embargo regulations. The business with embargoed goods promised high profits. There were also illegal figures in the 1980s—Robotron - the Eastern high-tech corporation that was able to copy everything from the West. Many of the embargoed goods were then shipped via Greece to Bulgaria and from there to Dresden with the VEB Deutrans- forwarder. So whole high-performance computers from the West, which were then fitted into Robotron cabinets and sold as an achievement of completely ailing socialism. 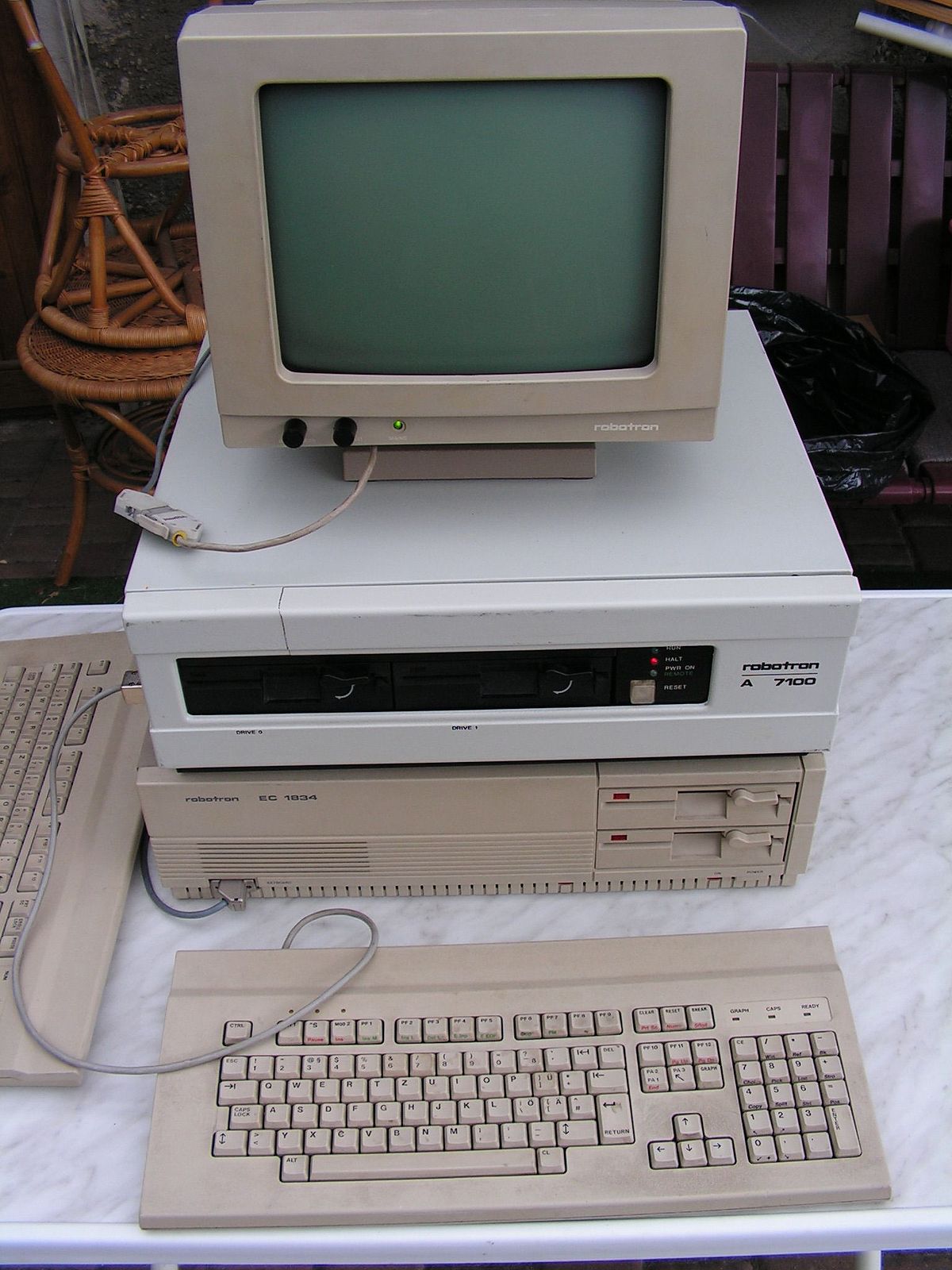 What became of the members of the RAF who have been missing for years, or maybe they are even dead? Is there or was there a connection with the murder of Alfred Herrhausen, whose booby trap worked in a highly professional way against the rather simple actions of the RAF?

Were the light barriers at Robotron forged, which later killed Alfred Herrhausen shortly after the fall of the Berlin Wall?

At some point in the mid/end of the 1990s, the Rohwedder investigation commission was dissolved. They had only been following the RAF trail. The other leads seemed too absurd even to consider. To this day it is still not clear who the 3rd generation of the RAF was or is. Especially since the RAF pensioners, despite being disbanded in 1998, have been earning their pensions for years by robbing armoured car companies. Only a few people still talk about the Stasi. The young generation no longer knows the effects of German division. Well, who were the murderers who assassinated the then head of the Treuhand? It seems that Rohwedder was the pawn victim of the young, reunified republic.