In April 2011, the skeleton of a woman was found during construction work in a septic tank/cesspit on the site of the former collection point for secondary raw materials (SERO). The case is still cold, it was not possible to clarify the facts. Or even to determine the identity of the dead.

The skeleton was in poor condition but was still wholly preserved, according to Maik Zimmermann, the Commissioner in charge of the Homicide Department in Frankfurt an der Oder. Unfortunately, comparisons with the DNA of the long-term missing persons from this period between 1965 and 1975 (Still former GDR) were not successful.

The dead woman was about 20 years old at the time of her death. She was 1.60 meters tall and had dark hair. Her shoe size was 38/39. Her face was reconstructed from the skull that was found. A possible cause of death was blunt force trauma to the head, as determined by forensic medicine. 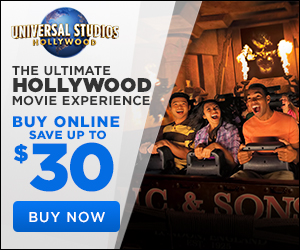 Fibres found at the site indicated knitwear of the "Malimo" brand, which was not produced until the mid-1960s in the former GDR. The shoes and stockings were also made of a material that was not used in the GDR until the mid-1960s.

The shaft in which the body was found was apart of a toilet facility. This installation had been installed in the Uferstraße in Fürstenwalde during GDR times. The perpetrator must have acted with specific knowledge of the place. Fürstenwalde was a large garrison of the Soviets in the 1960s.

In the GDR, there were 1000 reasons why people were silent. Otherwise, it was challenging to make a person disappear just like that, as we know from the countless examples of the Stasi files at the records office.

Was the dead person perhaps a stationed force of the Soviet troops in the GDR? Were the concerned relatives silent because of the Soviets stationed there? Many crimes committed by the Soviets were covered up at the time. Or did the then young woman want to flee to the West and fall into the hands of a human trafficker?
Who knows the woman from the 1960s?

More in this category: « Katrice Lee - since 28. 11.1981 vanished from the face of the earth Heulmeisje- one of the most mysterious murder cases in post-war history »